I got to thinking today about Scottish sayings, and positive thoughts.  The ones I found were generally not particularly cheerful.  But I thought I could put a positive ‘tartan light’ on this one.  It’s a lang road that’s no goat a turnin’, or in translation “It’s a long road that does not have a turn.” 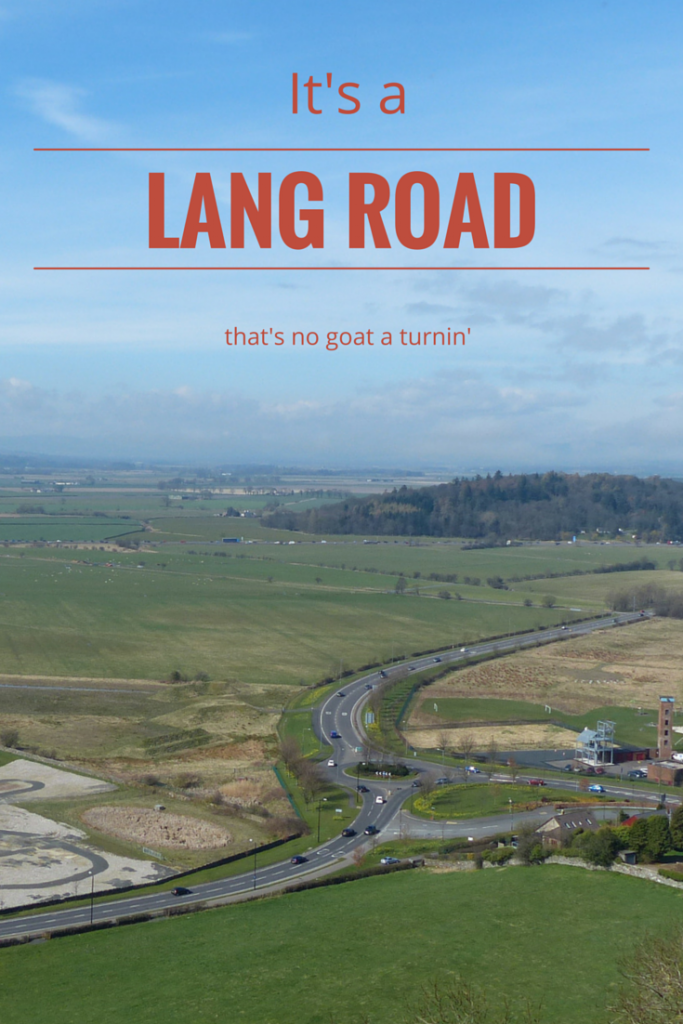 Applying this to projects or ideas I wonder if it’s meant to ensure that we realise that we can always change course if we find we’re not going in exactly the right direction?

A story in the 44 Scotland Street series by Alexander McCall Smith caught my eye, and the inspiration for this project was lodged in my brain:

It was Angus Lordie who suggested the remedy. “A light box, Lou,” he said.

“Put it on a table and sit beside it for 40 minutes a day. It makes your brain believe you live in Italy or somewhere like that. It gives you a blast of light – something we can be a bit short of in the Scottish winter.”

Big Lou had heeded his advice and ordered a catalogue from a firm in England. She had been intrigued by some of the lamps on offer: one acted as an alarm clock, gradually filling the bedroom with the equivalent of morning sunlight; another, a Scottish offering, had the bulbs behind a panel of tartan glass – this bathed the user in tartan light, said to be of particular benefit to those in whose heart a dark winter might diminish positive feelings of Scottishness, or might indeed encourage a feeling of the wrong sort of Scottishness. It was impossible, the catalogue claimed, to feel at all dour if you sat in this light each day, even in places, of which there were admittedly one or two in Scotland, where one might be inclined to feel slightly on the dour side.

So, let’s see where this takes us.  A search for little rays of tartan light to help you through the driech days and encourage positive feelings of Scottishness.